Back to Alumni Members 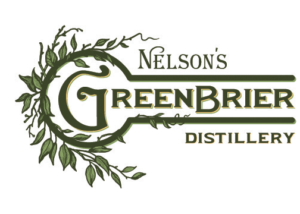 Though Nelson’s Green Brier Distillery’s current incarnation has only been in business since 2009, the company’s history is as rich and potent as any spirit on the market.

Born in 1860, when its founder, Charles Nelson, unveiled a product (and, unwittingly, a category) called Tennessee Whiskey, Nelson’s Green Brier Distillery spent nearly 40 years as the premier purveyor of whiskey and spirits in the US. At peak, NGBD produced 380,000 gallons (about 2 million bottles) of more than 30 brands of rye whiskey, bourbon, corn whiskey, and other products per year—more than 15 times the production capacity of its average competitor. The distillery closed in 1909, when Prohibition became Tennessee state law, a decade before a Constitutional amendment made it a federal one, too.

The Nelson brothers’ overarching ambition was the resurrection of what they took to calling “The Original Tennessee Whiskey.” The dream came true in 2019, when bottles of Nelson’s Green Brier Tennessee Whiskey, meticulously recreated from the original 1860 recipe and process, went on sale in Nashville for the first time since 1909. The roll-out continues regionally and nationally.

On May 2, 2019, Constellation acquired majority stake in Nelson’s Green Brier Distillery, recognizing the quality of these craft spirits.